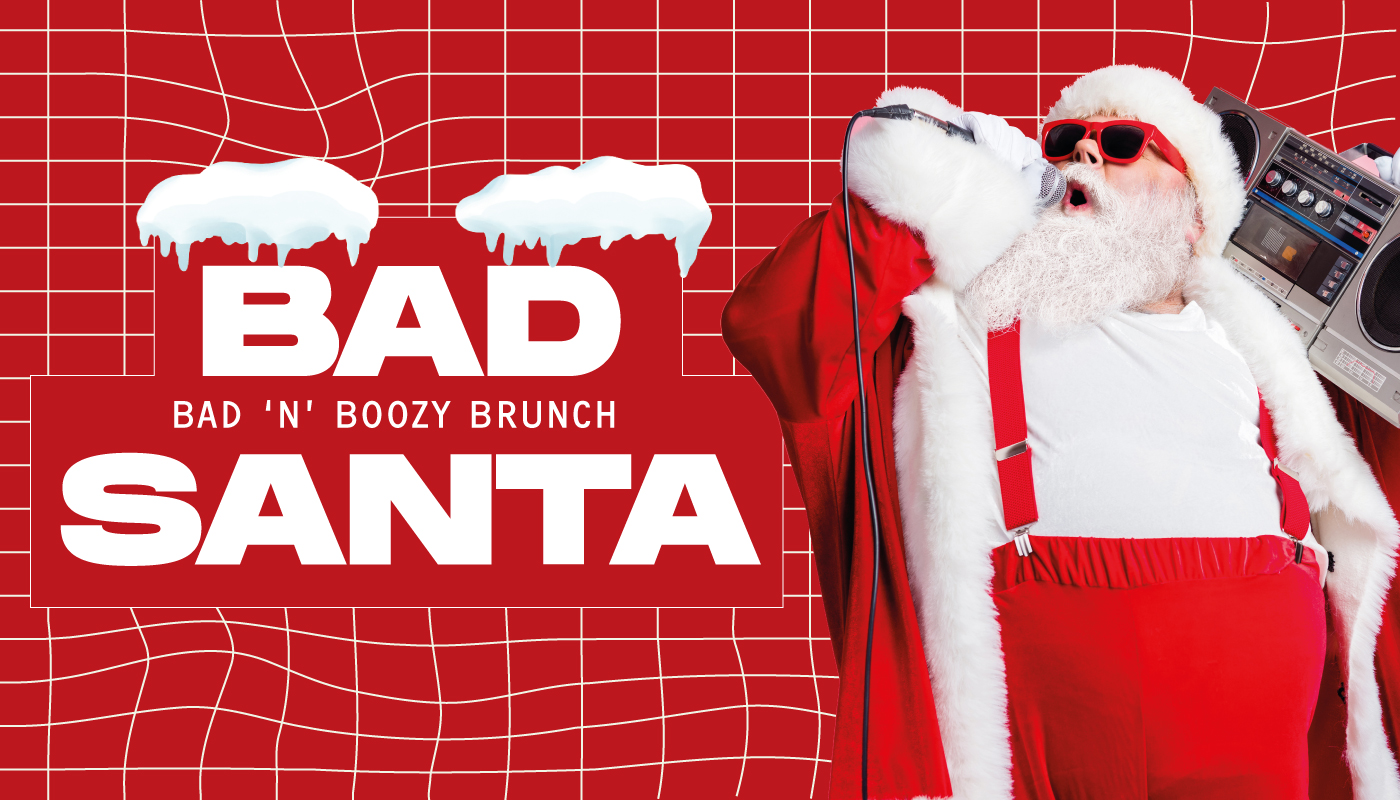 He’s bad, he’s boozy and he’s dying for a night on the tiles!

The big man’s coming to town and St Nick’s in the mood for a hell of a lot of mischief.

After Christmas was a total sh*t-show last year (thanks, Bo-Jo), Nick took the opportunity to re-skill, and boy has he got a set of lungs on him. Armed with plenty of Christmas cheer and a sleigh-full of Christmas beer, this renegade is ready to run wild and show the people of Digbeth how he hits a high note.

Nicky boy won’t be coming alone. He’s bringing the saucy Miss Claus along for the ride and she’ll be taking to the decks to deliver you the hottest soundtrack you’ve ever heard. This rebel WITH a Claus has had one too many vinos and she’s ready to paint the town red.

Sing along to the sounds of the festive season as you embark on karaoke with Mr Kringle! Descend into a day of outrageous games as you pluck prizes from Santa’s filthy sack and are challenged to find his naughty elves.

Santa’s little helpers will be on hand with a welcome cocktail to kick your day off, followed by a healthy dose of bottomless bubbles and beer. Finally, we’ll be serving up a festive feast for you to get your smackers around. Nick loves himself a juicy burger after an exhausting day of working once a year. So, we’ll be serving up our tasty burgers straight off the griddle. Gotta keep the big man happy.

Join the Father of Christmas as he unwinds, lets loose and serves up the most sordid sing-along in history. Tear up your carol books, cross your name off the nice list and prepare to get baubles deep in Christmas.

Fill your stockings with the hottest tickets in town and book TODAY!

From RINK to DRINKS 👉🏼 Brunching on Ice laun

All roads lead to Winter here at Luna Springs 🌌

We’re CREEPIN’ IT REAL at Luna Springs this Ha

Them: Wyd? Us: just adding a little Winter ✨spic

GO WILD, ROCK AROUND & JOIN US FOR FESTIVE SZN AT